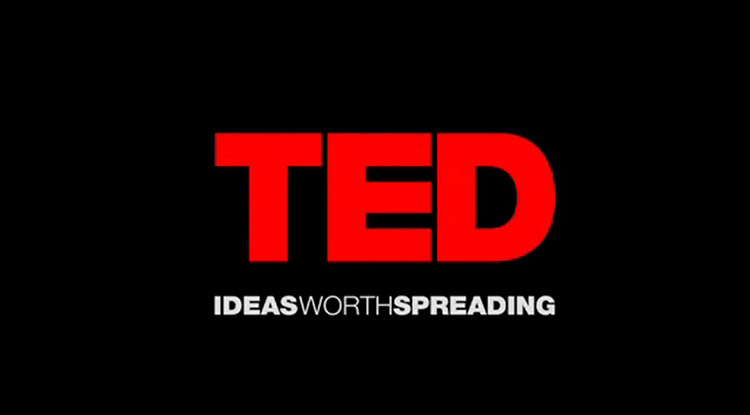 The creative process works in mysterious ways. No one really knows how it works, especially how creatives come up with ideas to work on. No one has it figured out, and definitely there is no blueprint for it. But you know what? That’s probably not true.

Each designer, writer, app designer, product creator, and other creatives have their own process in building their own things. But there is one common denominator: it’s how the seemingly-random pieces are actually interrelated.

Undertanding how the mind works can shed some light to this. Take some time off and watch these TED Talks about the human mind and how it works and you will learn how to “excite” ideas to pop up in your head.

1. Shimpei Takahashi: Play this game to come up with original ideas

Shimpei Takahashi suggests playing Shiritori, a Japanese game where the last syllables of a word are used as the starting syllables of the next word and so on. According to him, this game, no matter how childish or seemingly mundane, excites the brain and helps make certain connections.

For example, one common method creatives use when they are trying to come up with new ideas is by brainstorming or mindmapping. By writing the main idea at the very center of a paper then writing relevant ideas around it and so on, new ideas are born.

But according to Takahashi, sure, it works, but not that much. You need to keep things as random as they can be, or far removed from the main idea and it will eventually circle back to that.

2. Jinsop Lee: Design for all 5 senses

Majority of designers today focus only on making things look good. But the problem is that is not enough for people to actually notice. For example, when designing a business card. The design itself is great, which takes the attention of people. But the material used to print it also matters. How the paper feels on the fingers, is it thick or thin? Even the way it smells. There are far too many business cards that smell bad!

In any case, it is important to design for the five senses. It doesn’t matter if you are designing a website, an application, or a physical product. If you can achieve high points for most of the five senses, then your masterpiece will definitely become a hit.

3. David Kelley: How to build your creative confidence

People often think that since they’re graphic designers, they’re just graphic designers. Websites? Ask a web designer to design that for you. This is true across many types of designers. Somehow, for some reason, they have limited themselves to their job titles. This also applies to writers. Technical writers don’t want anything to have with creative writing, and vice versa. Why? Because there’s an inherent fear that they won’t be good at it.

If you want to improve yourself as a designer in many fields, you need to break out of your fear of failing. You need to build up your creative confidence. First, of course, you need to figure out why you are feeling that way. For example, could it be possible that when you posted some of your works online someone commented that they’re just good and that broke your confidence? Or it could be because of you and your perfectionist attitude. Remember, you are your worst critique.

4. Stefan Sagmeister: The power of time off

Creatives work in a magical way. You can’t push them around and expect great results. No, that doesn’t happen. Many companies burn out their designers because of strict deadlines, and the executives making these deadlines have little idea that by pushing their designers around, they are stressing them, and thus the creative juice won’t just flow.

But this takes a great toll to the creative process. It is important to understand that ideas just don’t come out of thin air. Ideas are the result of your environment. You take in what’s around you and process that in your mind until something you can use pops out.

This is the reason why it is important to take a sabbatical. An entire month, a year, or seasons in between. You need to find new perspectives, experience a different kind of lifestyle, discover new stimuli, and when you return to work, you’ll realize that skipping stones in a river in China is as important as that meeting with the executives that you have been dreading on attending.

There is only one person responsible for limiting your talents and that is you. It is true. When each of us were still young, we sang freely to our own lyrics, danced to our own rhythm, drew entire new worlds on the walls (and momma spanked us for it), build sandcastles on the beach, and many more artistic things.

Are you still engaged in such things? I’ll take a guess. Your explosive creativity, compared to when you were a kid, has dropped by 90%. You no longer write your own stories, draw your lines and circles and make monsters out of clouds. You might say, “I’m busy,” but why are you exactly busy?

The problem here is that we see these seemingly-unimportant things as, well, unimportant. When in fact, they are important to our daily lives. More so for designers and other creatives. It is crucial to let your inner child go on a rampage and create art with you once in a while.

How does the brain create meaning? Understanding how the mind works in putting meanings to things directly in front of the eyes will be a great help in designing applications, products, graphics, and websites. For example, random colors and shapes can be aesthetically pleasing to the eyes, but is there meaning behind it? This is the reason why many logo designers take their sweet time in crafting the best logo. They try as much as they can to create visual cues in order to convey a specific meaning.

For example, the McDonald’s logo. It’s yellow and it seems happy. The M looks like it’s smiling. And at the same time, according to a psychologist that McDonald’s hired, people make the connection between M and a mother’s breasts (which is a symbol for nutrition). Another example is Amazon’s logo. There is an arrow pointing to the right and it is curved just enough to make it look like a smile.

To cut the story short, it is important to design with a goal to communicate. And when you want to communicate, you need to use things and concepts that are readily familiar to your target audience.

7. Margaret Gould Stewart: How giant websites design for you

Designing is both art and science. There is a big responsibility that lies in every designer. Especially because these designs are seen by hundreds, thousands, to millions of people. This is the reason why many professional designers hate contest sites and spec work, because these do not promote well-thought of designs. They are simply designed in hopes of getting money.

Every design should be given a lot of thought. It is also important to think of other people who will see it. For example, if the application you are designing is set to launch globally, then it is crucial to take into account different cultures too.

As it turned out, designing isn’t just art and science. Emotions play a big role too. Asking questions like “how will this design make people feel?” or “will it be comfortable for everyone involved in using this design?” These questions are what makes designs human. And that, as a designer, should be your goal. To bring science, art, and human emotion into your designs.

Designing isn’t just about making beautiful things. It’s also about exploring the energetic child in you while making sure that all attempts you make pushes the world forward to a new and beautiful age. That is your responsibility as a designer. To design the world today in order to have a wonderful future.