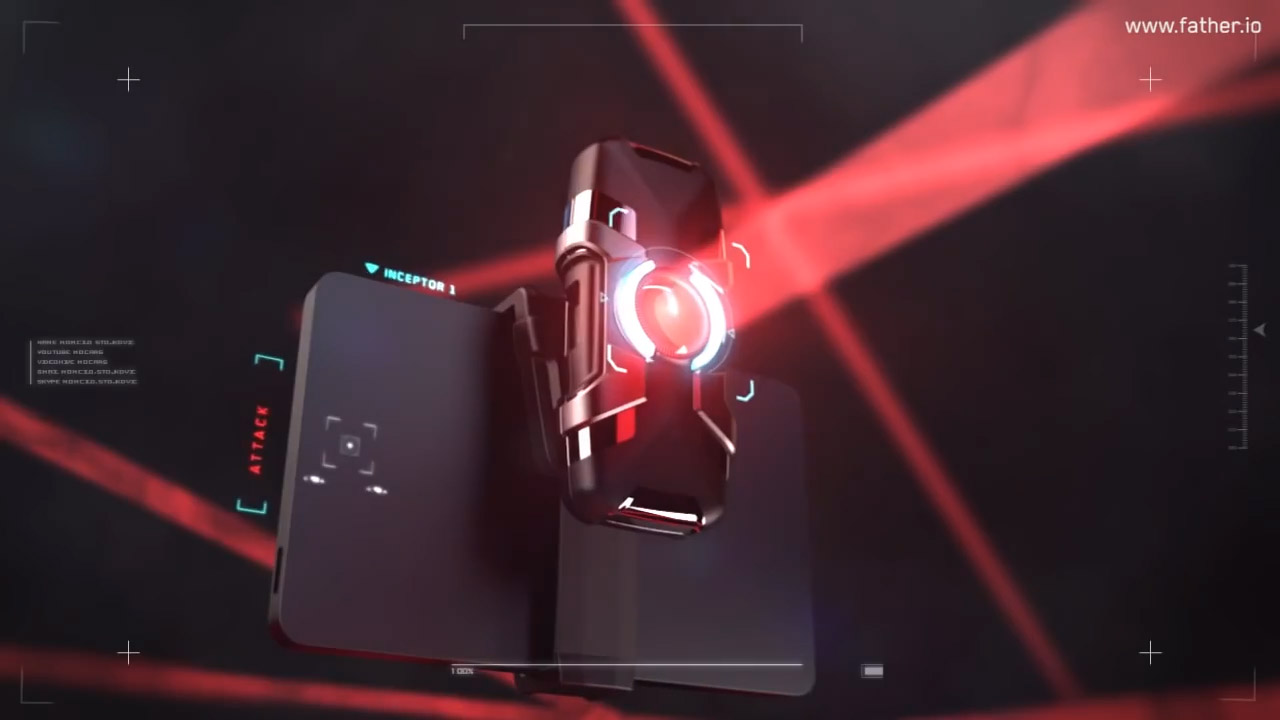 Augmented reality is the future. No question about it. And augmented reality gaming is what will become the next best thing. Everyone around are in the hype of virtual reality devices like the Oculus Rift. And although the experience the rift provides is really amazing, it still disconnects you from the real world. Now… Some people may really like that, but me personally, I prefer to play with real people in the real world. Nothing is more real than the real world. Augmented reality gives you the ability to add a layer on top of live images, and by that enhance the way you consume everything around you.

I just came across a killer new indiegogo crowd funding project called Father.io . The promise of the project is to turn the entire world into an augmented reality multiplayer FPS (First person shooter). The user gets a small device called “Inceptor”. The device is attached to the back of the phone. At that point, the phone is used in a “laser tag” kind of a game. The device is equipped with multiple sensors, and an infrared beam, that turns the phone into a virtual gun.

The story of Father.io is also quite appealing, and gives the game another layer of depth. Players can claim real life sections upon planet earth. The game is also played as a “Starcraft” kind of strategy game. You need to harvest resources in order to advance and win territories. The app of the game is free to download (right now in beta) and play.

There are just a few more days before the Father.io indiegogo crowd sourcing project is over. Make sure to get your hands on a few of those “Inceptors” before they are gone.

The post Father.io – Augmented Reality is the Future of Gaming appeared first on ilikethesepixels.